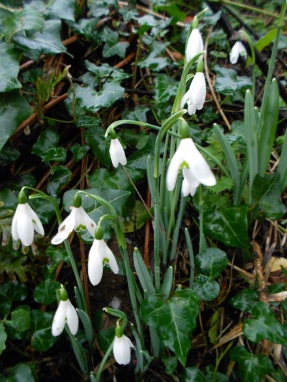 o, as the snowdrops display cheerfully, despite the near constant downpours, we are looking forward to the spring and onwards to another great summer like 2015.  If you’re reading this outside  North Devon, don’t worry, we weren’t in a tropical climate bubble that you missed out on last summer, the weather was just as rubbish here, but despite that, it was a great summer in Yomer Woods because we welcomed a surprising number of wild camping guests and they were all so lovely!

I wasn’t sure what the appetite for no frills camping would be, but it seems that it is healthy and growing.   Clearly, lots of people want nothing more than some space of their own to build a fire and relax far from the everyday and the crowds.  Everyone so far has been delighted with their time in the woods and we’re looking forward to seeing 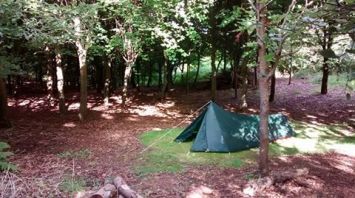 many of them again as well as meeting lots of new visitors this year.  In fact, we’ve already had our first two visitors this year who spent 3 damp January nights in hammocks suspended between the trees and left smiling!  For now though, whilst campers are welcome, it’s  probably still a bit parky for all but the most hardy.

It’s been a busy winte 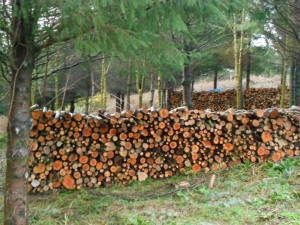 r for one man and his chainsaw as the softwoods have been thinned and wood piles stacked.  Now, as it hopefully gets a bit drier, there is some work to be done on the rides and a few further clearings to be created before the end of spring.

Our first 2016 workshops are in the planning for late spring.  On 6th and 7th April there will be two woodland music events for children, hosted by brilliant musician, teacher and friend, Alistair Brown.  Then, hot on the heels of the 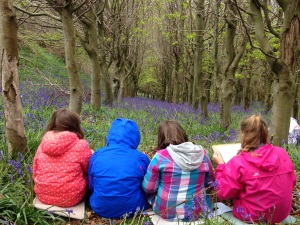 snowdrops, the bluebells are already poking their heads up and we will be repeating last years popular Bluebell Arts workshop doing something bluebell inspired in late April – exact dates to be determined by the bluebells!  Please keep an eye out for further details.

So, as I sit typing this in bed on what had started as an ok day – following the torrential downpours of yesterday -but which is now, hammering hailstones on my roof, I hope the snowdrops’ optimism isn’t misplaced and 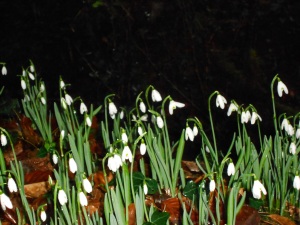 that winter really is on the back-foot and we can all look forward to drier and sunnier times ahead.